Testing out the engine sound design for the starship Adamant, as well as working on lighting and fixing up various technical details on the model.  Probably nearing the end for this project. I've got a few more details to hammer out, as well as simplify some of the invisible geometry.  Basically, just the fine details, now.

Sounds are a mix of several sound effects released under Creative Commons from www.freesound.org. 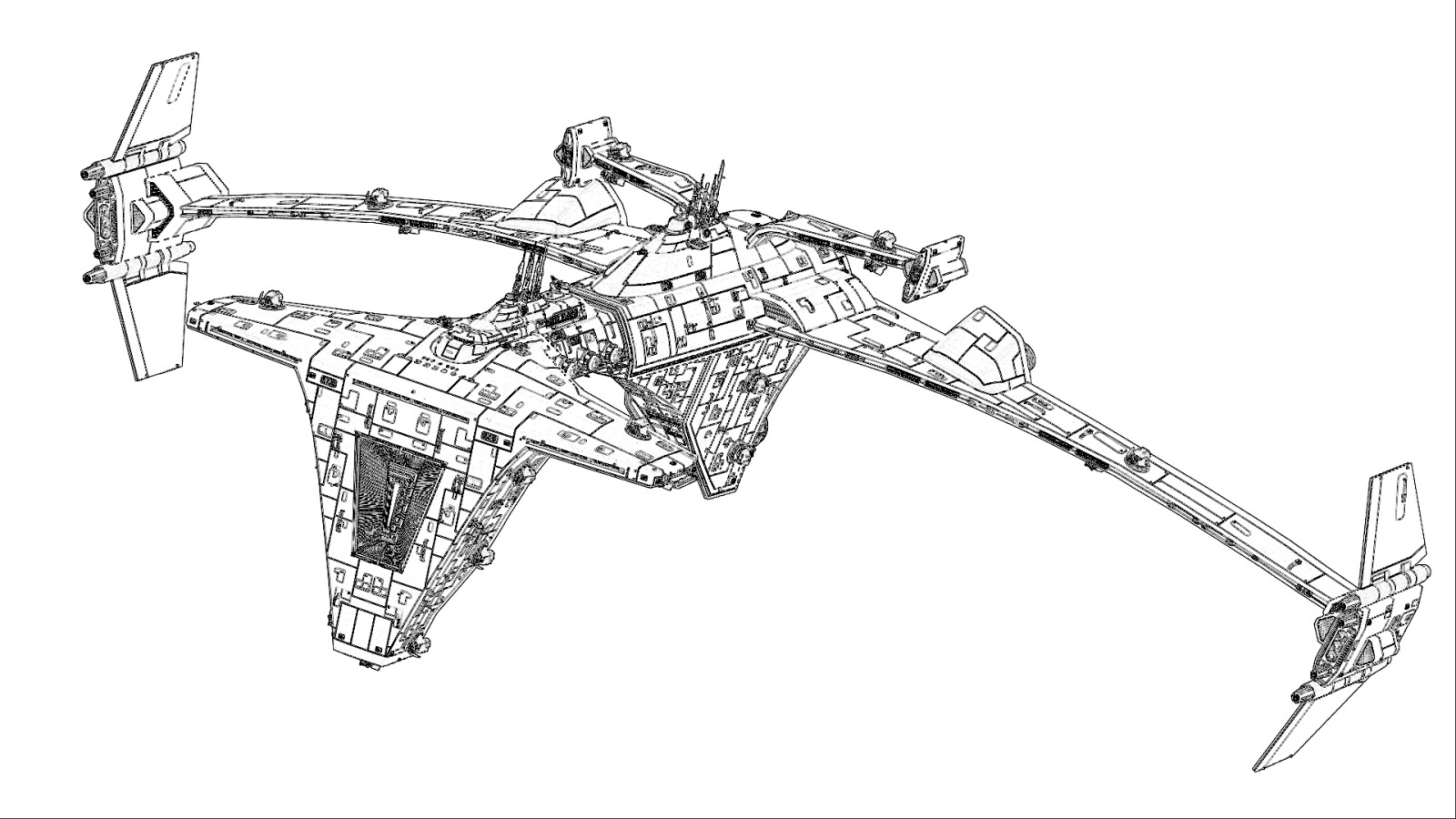 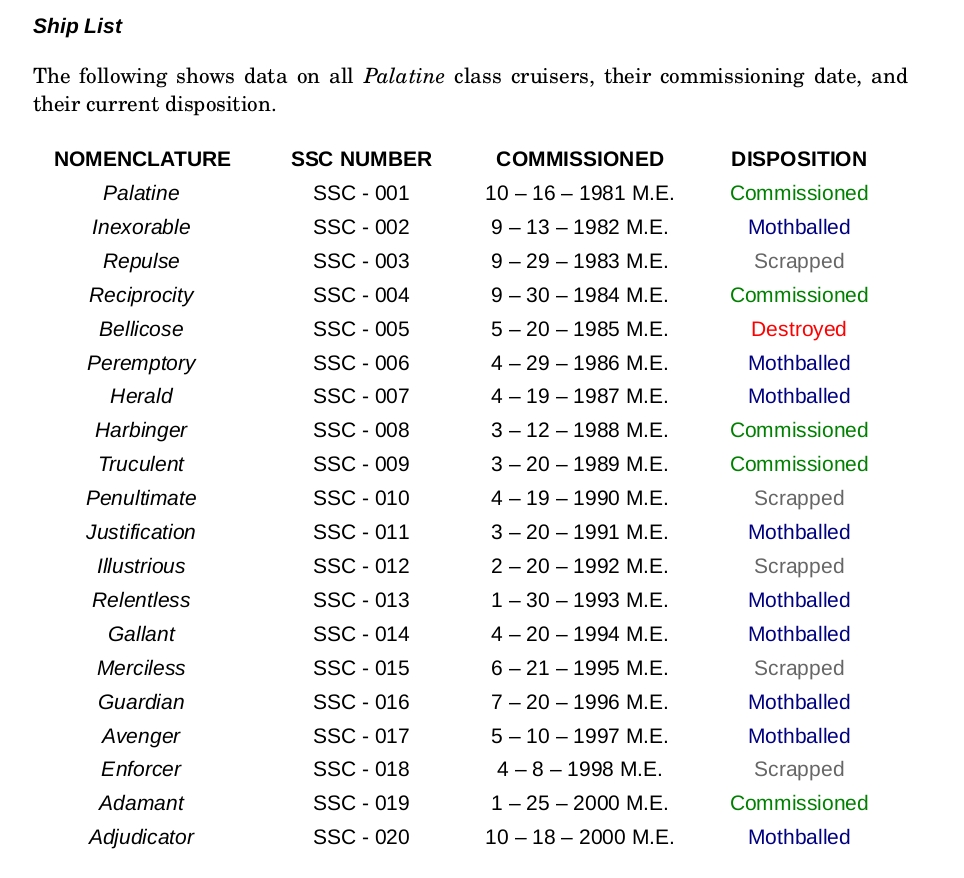 Posted by DanBrownCGI at 7:04 AM No comments:

For his help on Plagarus Part II, I used all my graphic skills to produce a proper logo for MacDanny's cool start-up sound company.  Let's see how this goes.

But now there is a problem.  The problem, of course, is that this is the logo for my company at the start of the movie: 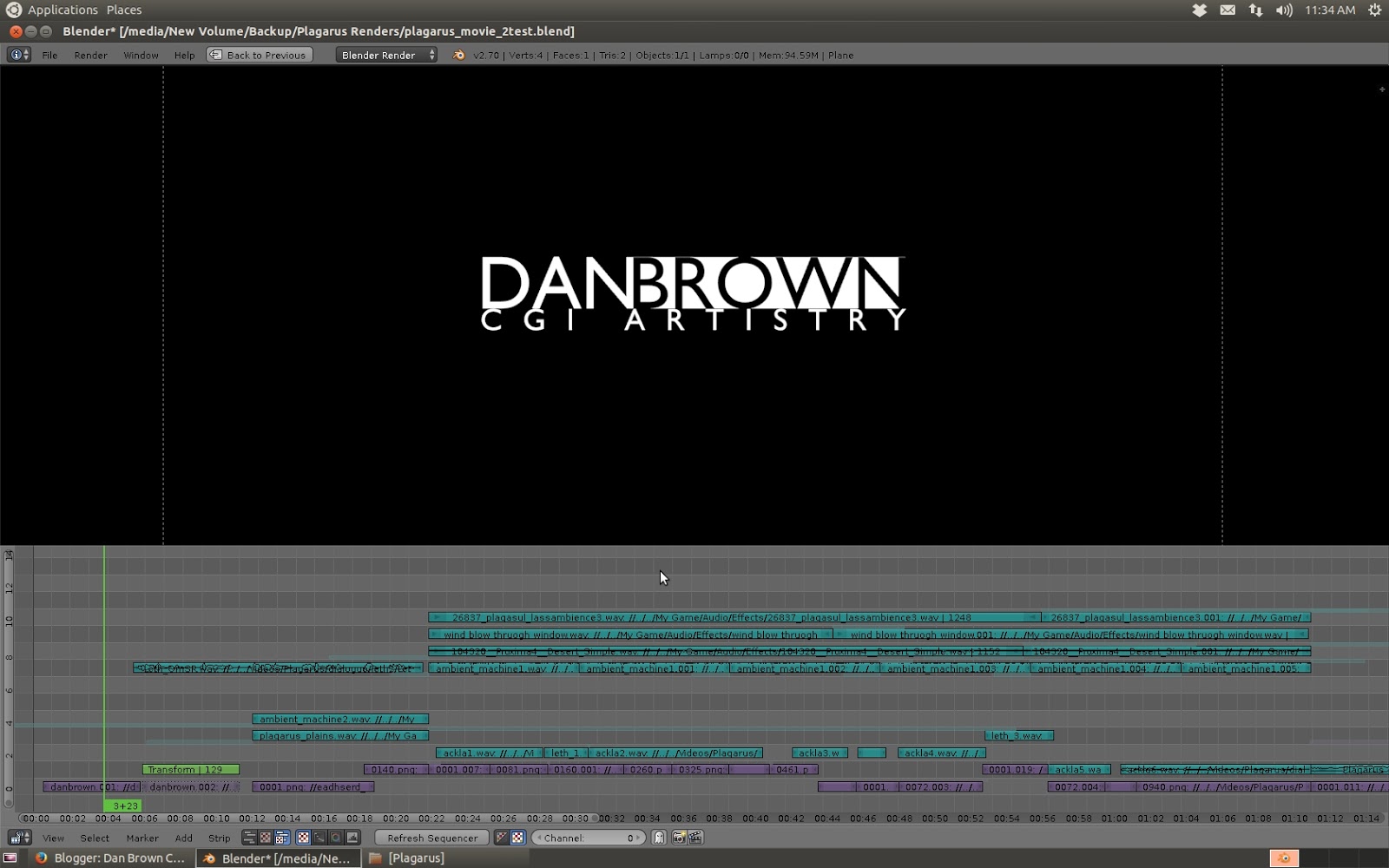 And, directly after, appears this: 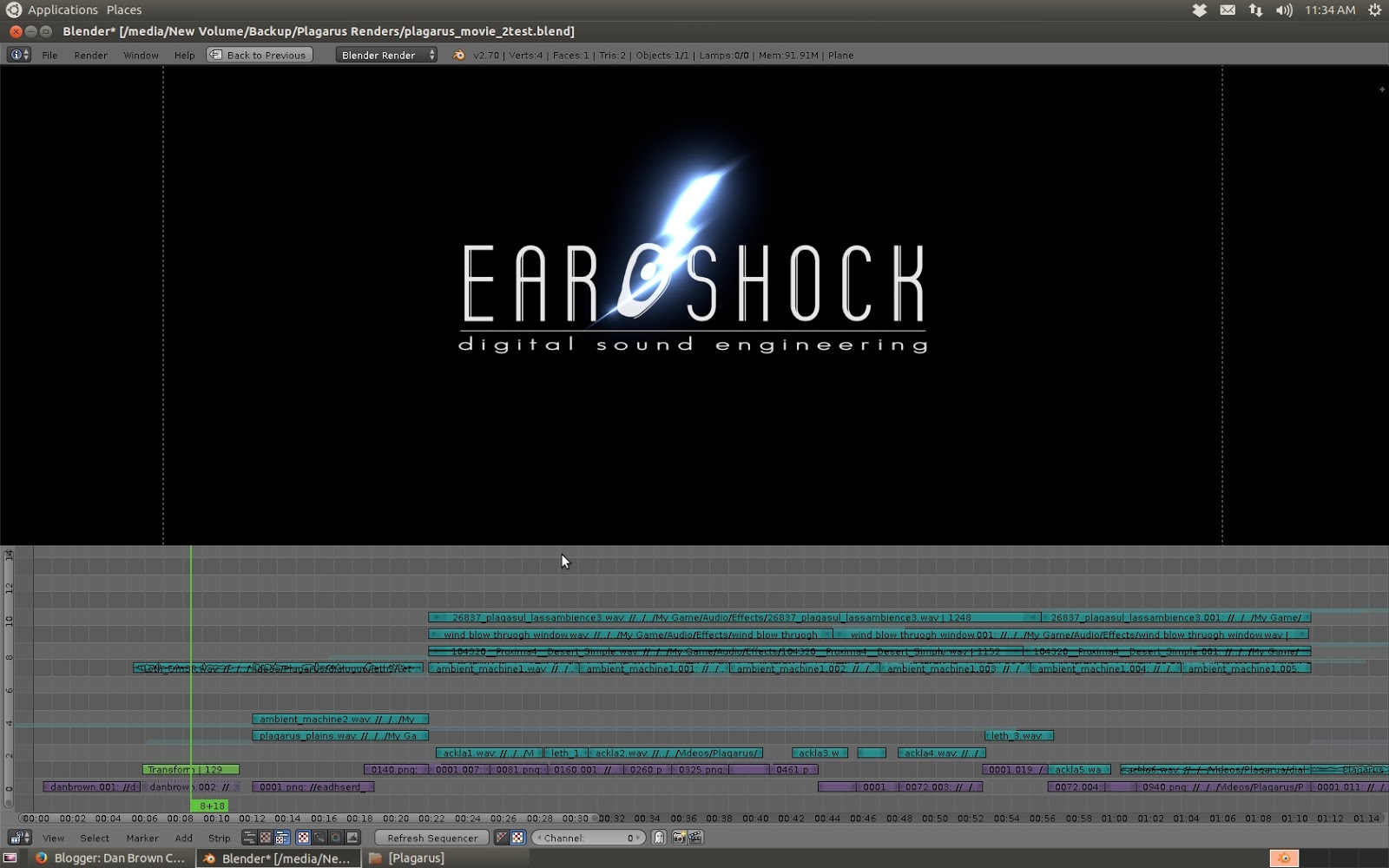 It doesn't make much sense for the graphic artist to have a lesser logo than the sound design person!

This will not stand.  Now begins the Great Logo War of 2014!


To battle!  To war!  To logo greatness!

Dan
Posted by DanBrownCGI at 8:39 AM No comments:

I just got some images back from my client, Tom, of one of the Nem Gate sets I made for him textured and prepared for appearance in the movie.  Interesting to see how different the lounge set looks like from what it appeared as without materials. 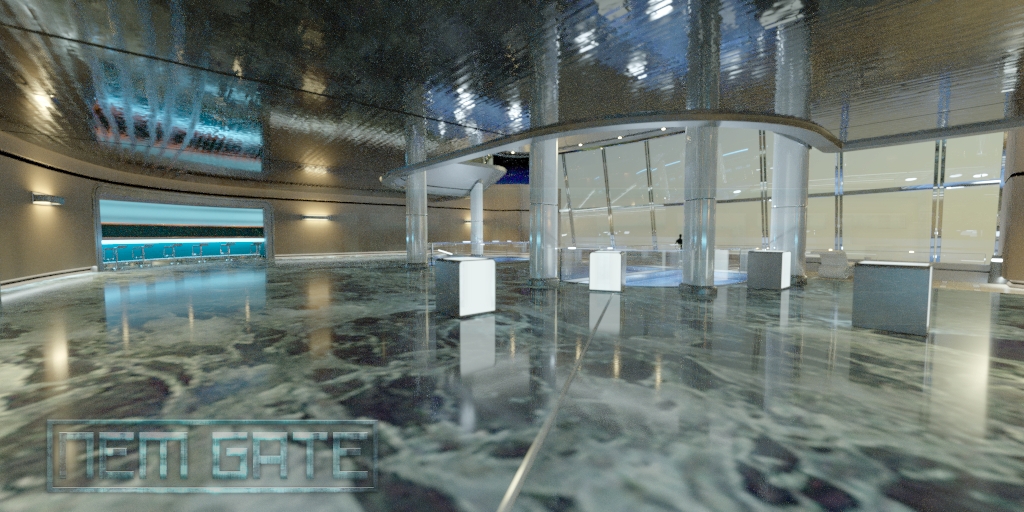 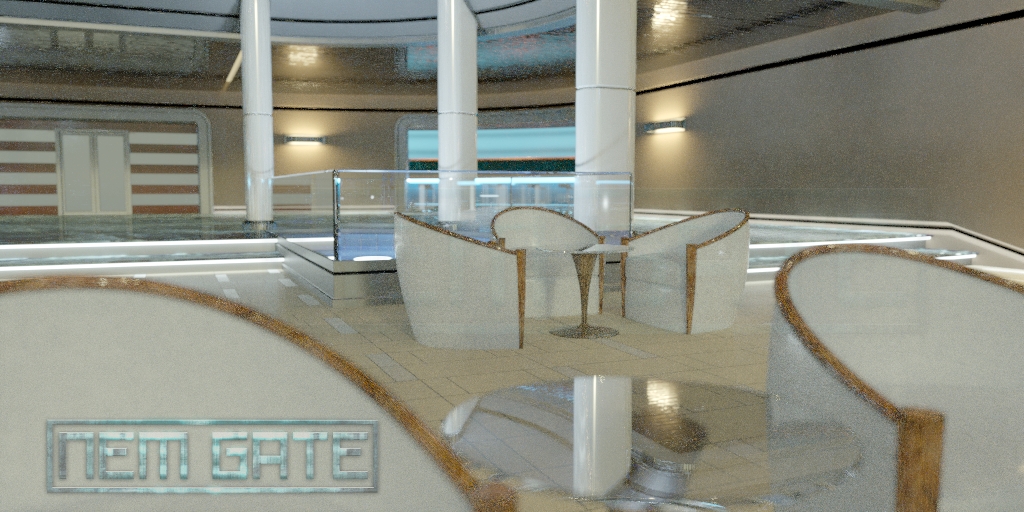 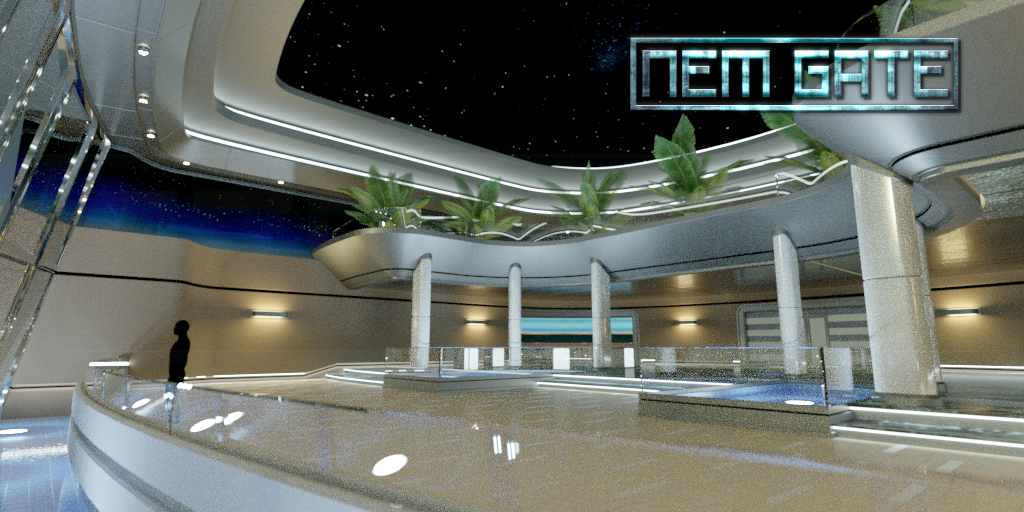 Still a WIP, of course, but it's getting there.  I did not render these out, or do the materials.  I only modelled the room geometry.

Dan
Posted by DanBrownCGI at 1:58 PM No comments:

For another part of Plagarus, the interior of Lethgoshis' ship, the Misanthropic Retreat will need to be built.  So, I've decided to just build the entire interior set, which will likely be available online after I finish it.  The set will include the following rooms:

I used a previous design motif to greatly speed up the process.  I'm assigning this particular style to an alien race in the universe I made.

Still a great deal of work to be done, obviously.  The majority of the scene in question will be located in the cargo bay.

Here is the fictional lore on the Misanthropic Retreat:


THE XD-202A spaceship is a light-duty spaceship in operation in the Lathkos Sector since 1,962 M.E. A variant of the Cenathlori designed XF series space freighter, it is considerably lighter and more versatile. It is capable of almost any light-duty assignment required of it, and its modular design was considered revolutionary in its day.


The XD-202a spaceship was designed to be as versatile as possible, able to serve as a freighter, an asteroid miner, a gunboat, a bomber, or even a family yacht. It was built with the ability to attach different lower sections, which would connect to the ship directly behind the main cabin. These sections would be mission specific, and were originally designed to be as easy as possible to remove and replace.

Consumers who bought the ships, however, quickly discovered that these modules were anything but easy to remove and replace, often times requiring hours of painstaking effort to finally fit them together. Also, the ships became notorious for dropping these modules in mid-flight as the connecting supports which would tether the modules to the ship would, in cold temperatures, simply detach without warning.  At least 200 such documented incidents resulted in fatalities, with 42 of them resulting in the complete destruction of the victim's ship during the accident.

As such, most XD-202a ships which are seen today have mission specific modules simply welded permanently to the ship, with the owners of the vessels abandoning the modular abilities of the ship altogether.


The remaining XD-202a ships which still fly in space have almost all been bought up by hot-rod and space-racer enthusiasts due to the abnormally large engines for the relatively light ship, due to the ship's original intention of hauling additional weight of cargo containers under its main fuselage.


Sometime after his leaving New Isus the second time on his way to search for Padoen Titus, Lethgoshis came into possession of the Misanthropic Retreat, an XD-202a whose container module had been removed permanently.  The ship had been fitted with small blast cannons, re-classifying it as a light gunship under Thrassi maritime law. Although offensive weaponry on private spaceships was outlawed in the Thrassi Republic in 1,992 M.E., Lethgoshis, who was still technically an Isus guardsman, had clearance to possess weapons on his ship.

The Retreat later served as Padoen Titus' and Lethgoshis' personal starship and home as they started up their business together, travelling long distances across the Lathkos Sector.

Upon being asked by Padoen why he chose the Cenathlori designed XD-202a, Lethgoshis responded, "Because I can fit through the doors."

Posted by DanBrownCGI at 3:53 PM No comments:

Work continuing.  Animation is going along about at the anticipated speed.  Shot construction and completion is about half of that of Part I, mostly because of the complexity of the second part.  Several sets, this time, and about five characters to animate.

As I did in Part I, I'm using noise modifiers in certain bones on the character rigs to give the illusion of random movement.  Struggling with keeping the characters out of uncanny valley.  The problem will be greatly exacerbated by the very human-like characters in Part III.  Danny and I are starting to look around for a more talented character animator, and I'm looking into re-rigging the character models for the next part.  The current rig isn't sufficient (it's very old, now) for what I'm looking for in performance in the next few parts of the movie. 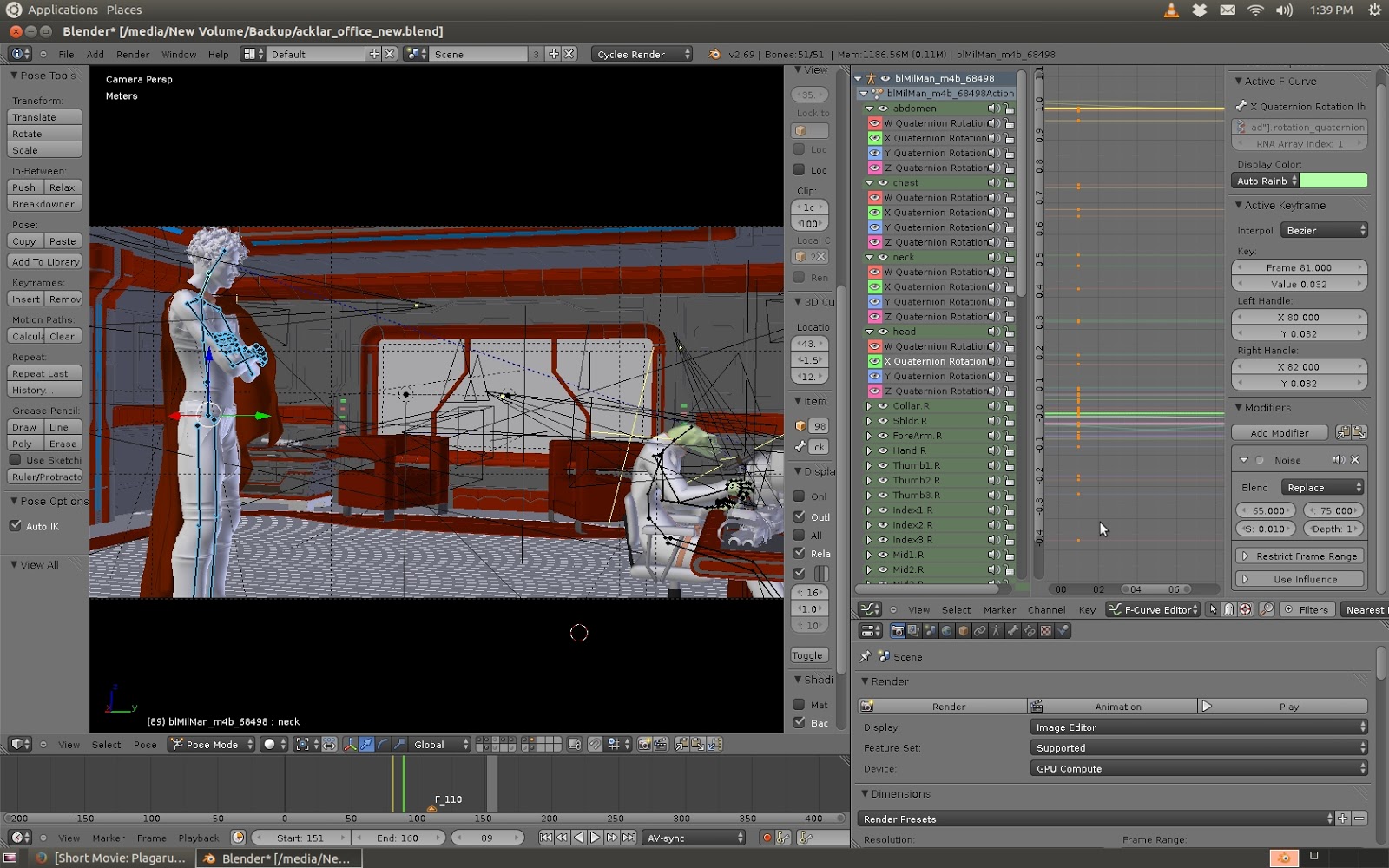 Sent off the raw cut of Scene I of Part II to Danny this morning, so he can start mixing the sound.  Looking forward to seeing what he's got up his sleeve.

Dan
Posted by DanBrownCGI at 10:55 AM No comments: