Finally, a commission I can actually share WIPs on.  Here's a set I've been working on, and is nearing completion. 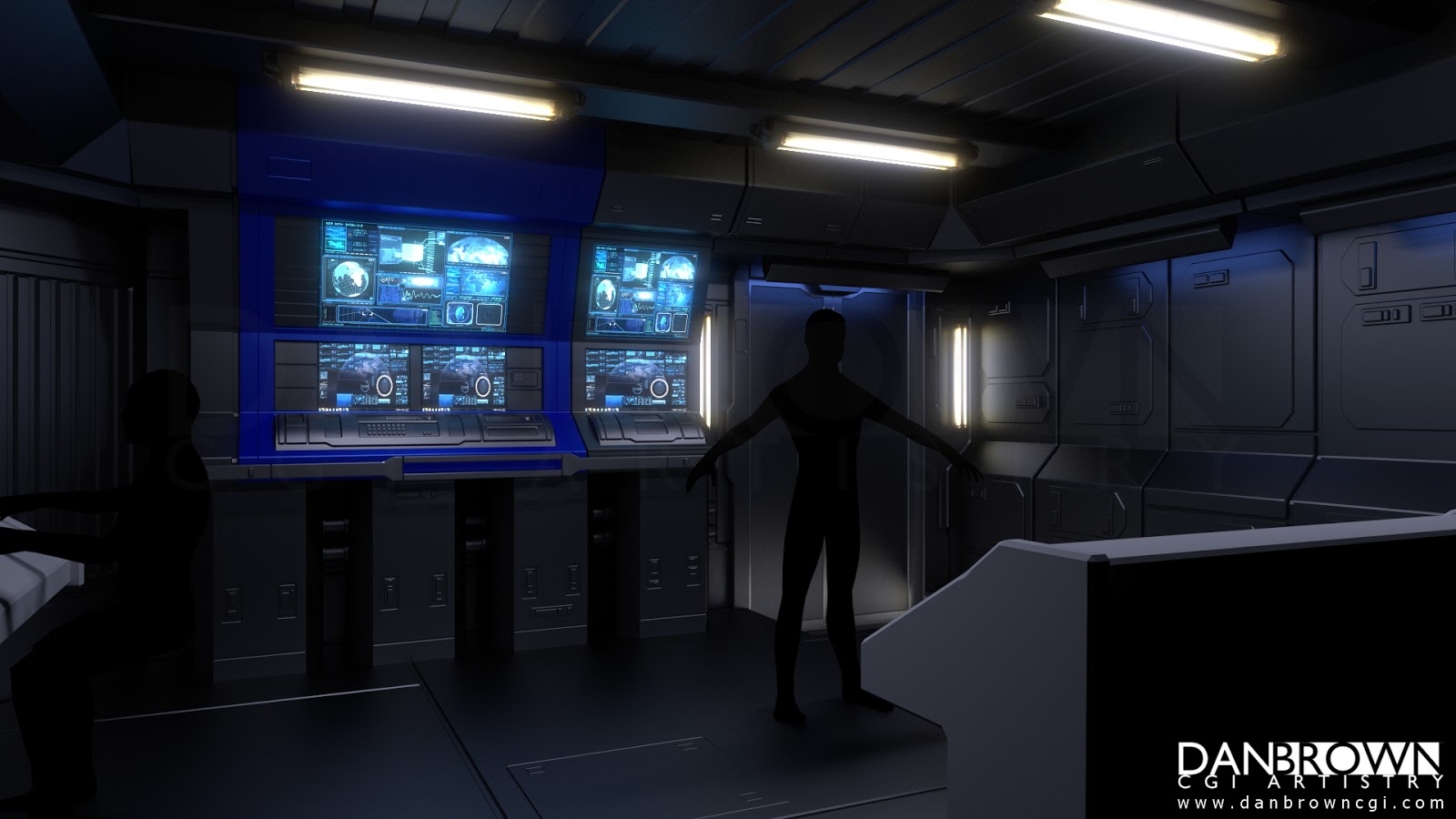 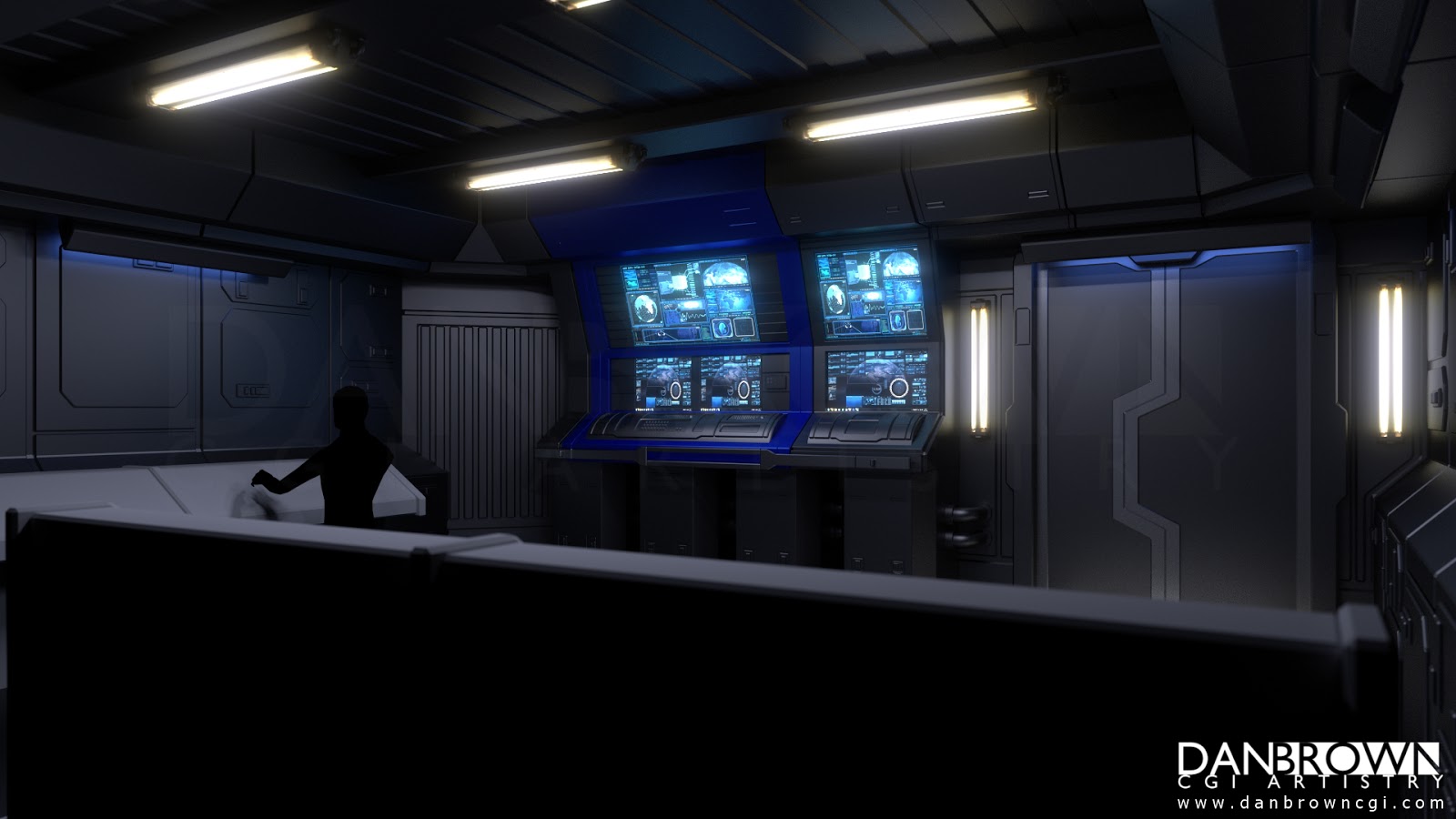 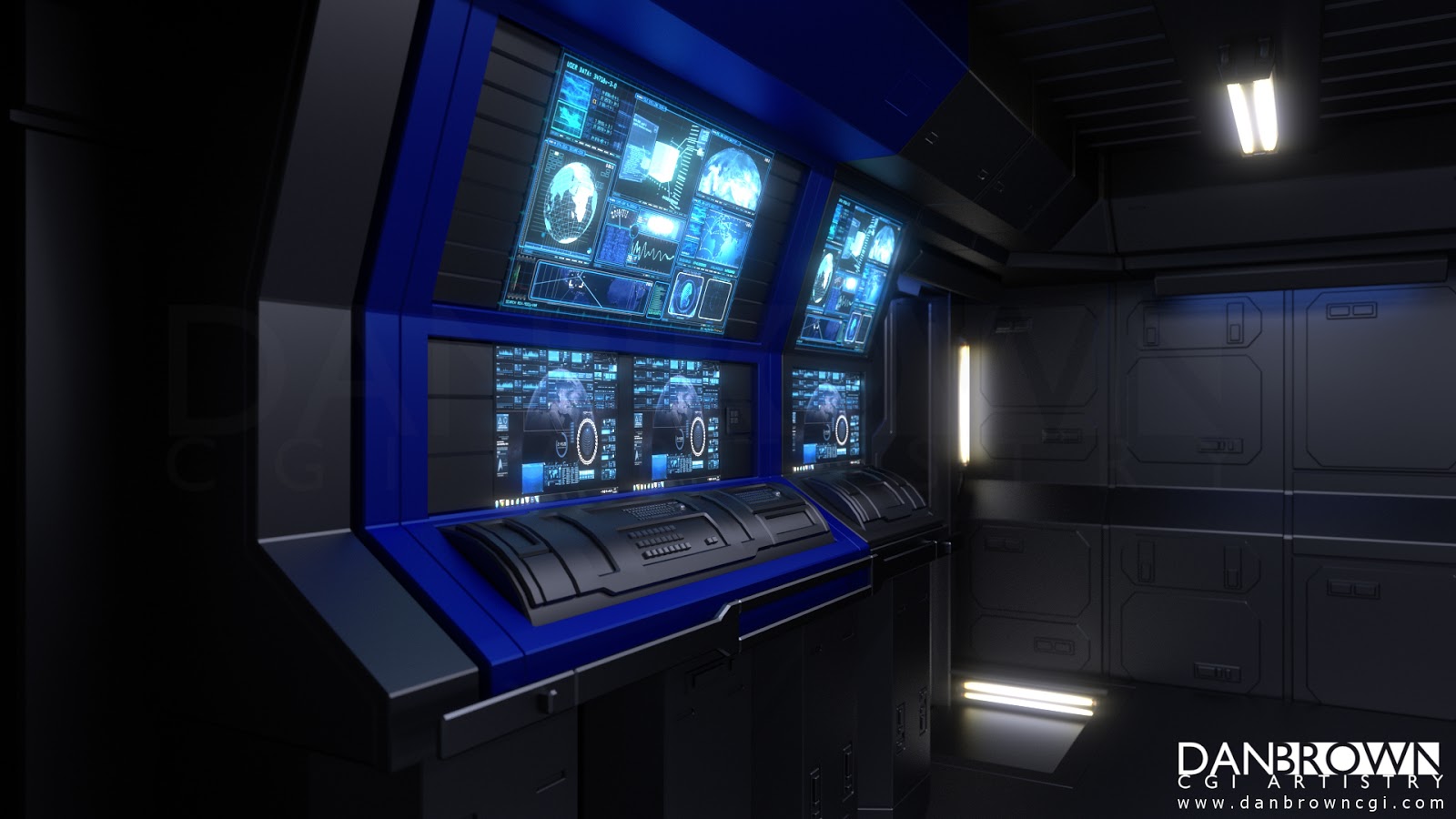 This is a digital set for an indie film currently in production.  The challenge lies in the fact that there are several parts of the set which must be interacted with by live action actors.  Two actors will be placed in this scene using green screen.  Both are interacting with consoles which are very specifically placed.

In addition to the actors, there will also be three monitors which will be present on the practical set.  This requires close coordination with the client to make sure our camera angles and placement of the practical (real life) assets coordinates seamlessly with the location of place holders on the digital set.

Thankfully, there are no moving shots in this scene.  All shots are from a stationary camera.  There are four vantage points.  Camera information must be shared between the digital artist and the director so that he knows how to shoot the live action parts in a way that seamlessly mesh with the digital elements.  The information involves exact coordinates of the camera, rotation in degrees, lens angle, focal length, even what brand of camera was used.

Without this careful sharing of information between digital artist and director, it could lead to discrepancies between the digital and live action aspects of the finished shot, even the slightest of which having the distinct probability of destroying the credibility of the shot.

To conserve system resources, only what is absolutely necessary is actually modeled.  The set itself is simply this: 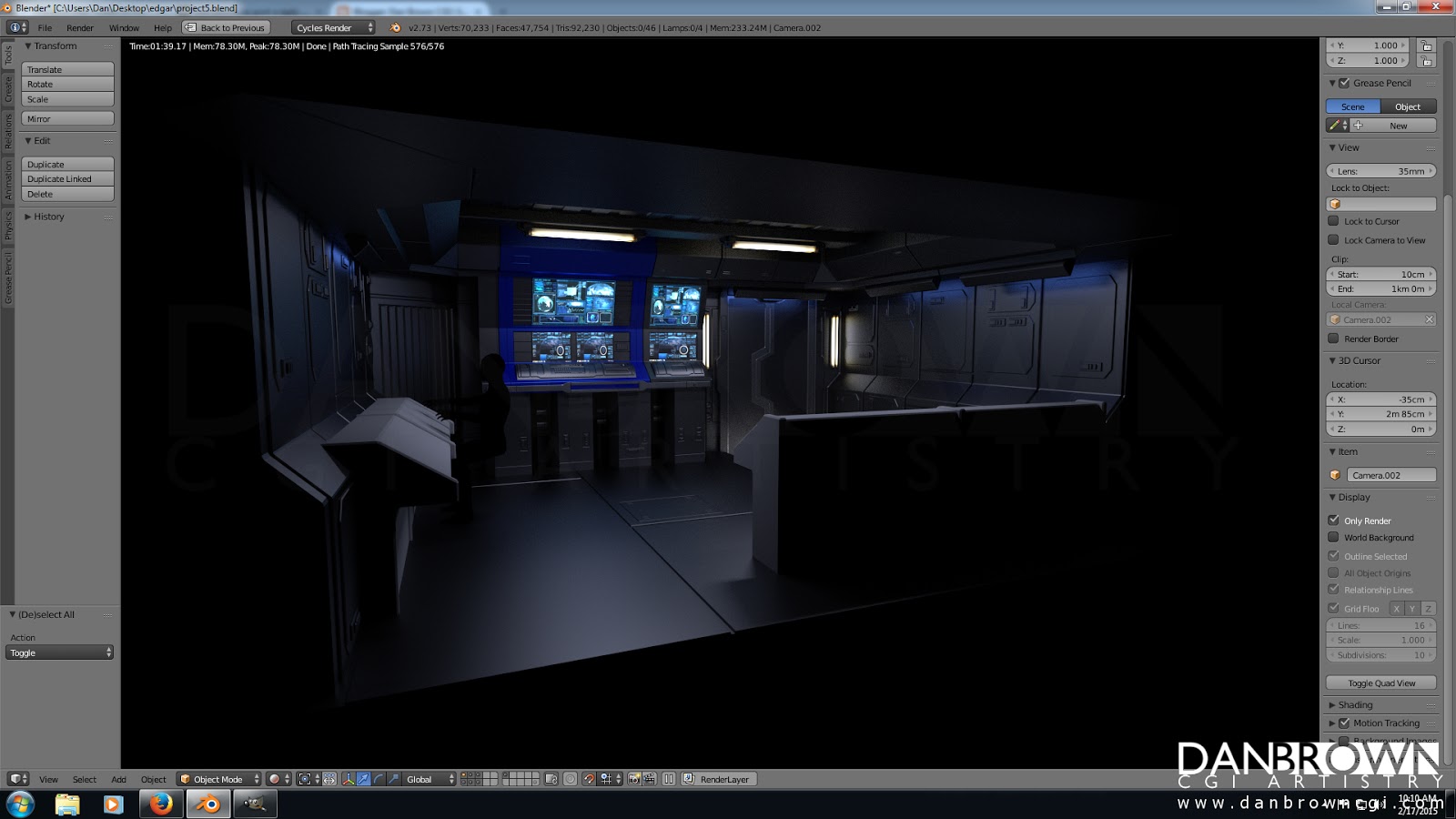 High resolution videos are used as the textures for some of the screens.  These are 600 frames long and are looping.  A render at full resolution for background plates will take about a day to complete.

And now, the new workstation I built.  It was time for a serious upgrade.  Ever since my other current client had to order me a new workstation from Boxx (which, by the way, I highly recommend that company), because the previous machine was no longer making it, I've been wanting to upgrade.  This was my chance.

So, not too shabby, I guess.  It's a good upgrade and should last a good while.

Hope everyone is doing great.

Dan
Posted by DanBrownCGI at 7:57 AM No comments: