I decided to take a day just to give the old baby some love.

Environment creation began for the two areas in this part.  One is the exterior establishing shot telling everyone it's night time, now, but that we're where we left off--Padoen Titus's apartment complex.  Astute astronomers may wonder why a spiral barred galaxy appears so close in the sky.  That is the Milky Way.  All of the action in Plagarus (and, indeed, every movie I make in my personal universe) happens in a globular cluster in the galactic halo of our home galaxy.

And, of course, Padoen's apartment itself.  This set is available online, but it's far more generic than this fully furnished and decorated version.  I may update the online version with the textures, at least.  We'll see.

Updated Padoen Titus' and Lethgoshis' meshes, textures, materials, and skeletons, as both characters were looking pretty dated due to huge advancements in Blender and the Cycles Render Engine.

The guide track for the dialogue has already been completed.  This track is comprised of the unfiltered original recordings (well, except for equalizing and compression, thanks to my sound buddy Danny), and is used strictly for animation purposes. 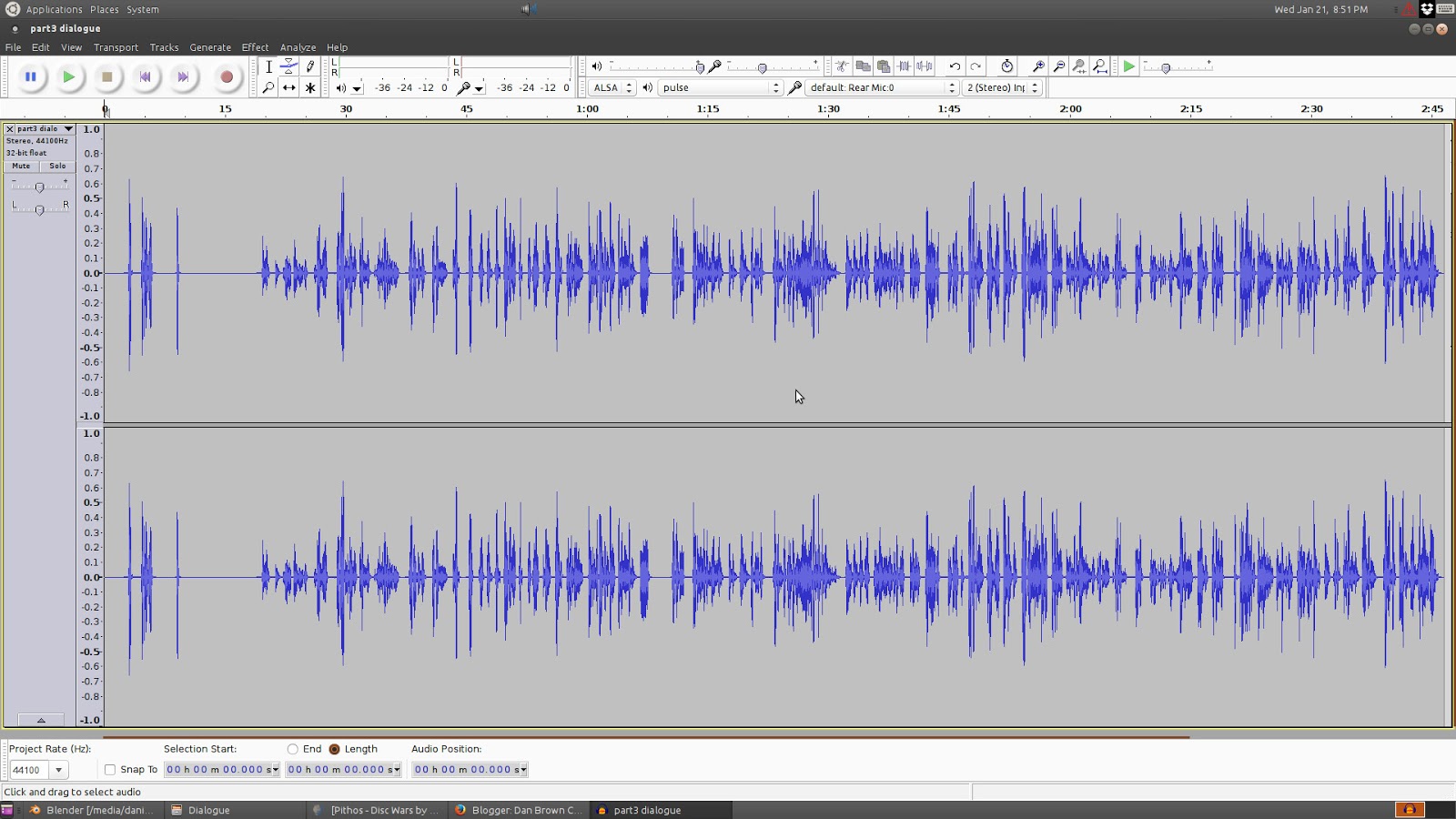 Another reason that Plagarus took a back seat is rather personal.  My good friend Dale, who helped me work on it suddenly died late last year. He was only 28. He provided the inspiration for Ackla, the snake alien in Part 2.  He did the initial voice recording on my old set-up.  I then copied his performance in the recording that is in the actual movie.

With a lot of work, the main character's alien species being called "Isus" (a name which could be controversial, given the events in Iraq last year), and Dale's untimely departure, an impenetrable wall of resistance was created which I'm still struggling to get through.  Here's hoping I can get Part 3 out anyway.

Hope everyone is doing well.

Thanks,
Dan
Posted by DanBrownCGI at 6:31 PM No comments:

Well, working on clients' projects has really taken a lot of time away from personal stuff, but it's okay, as I'm eating and that's important. :)

But I haven't given up on the spaceship stuff.  Doing more texturing.  The texturing and materials are almost done on the freighter.  All that's left is modelling the landing gear and putting in the hatches and ramps. 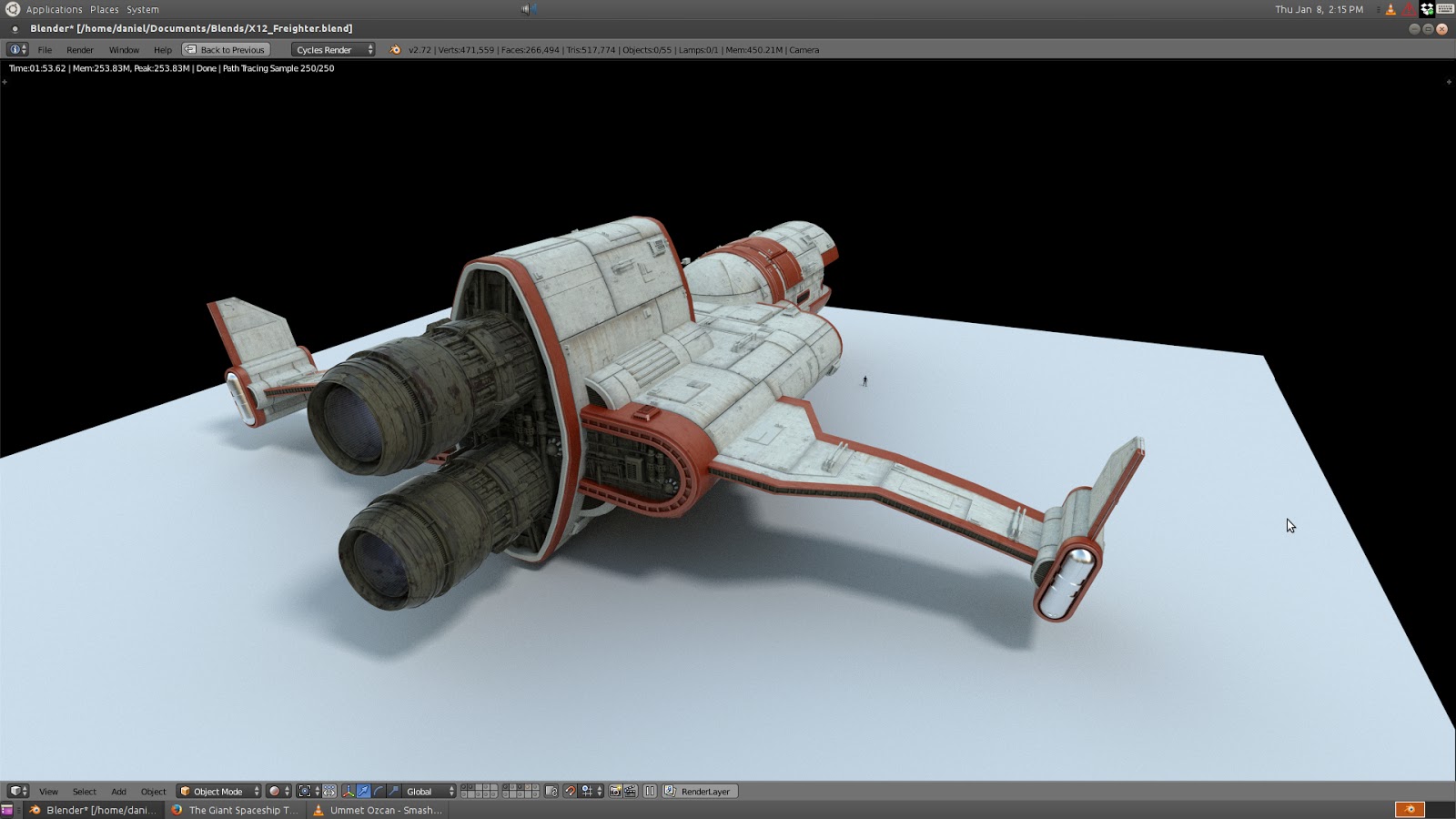 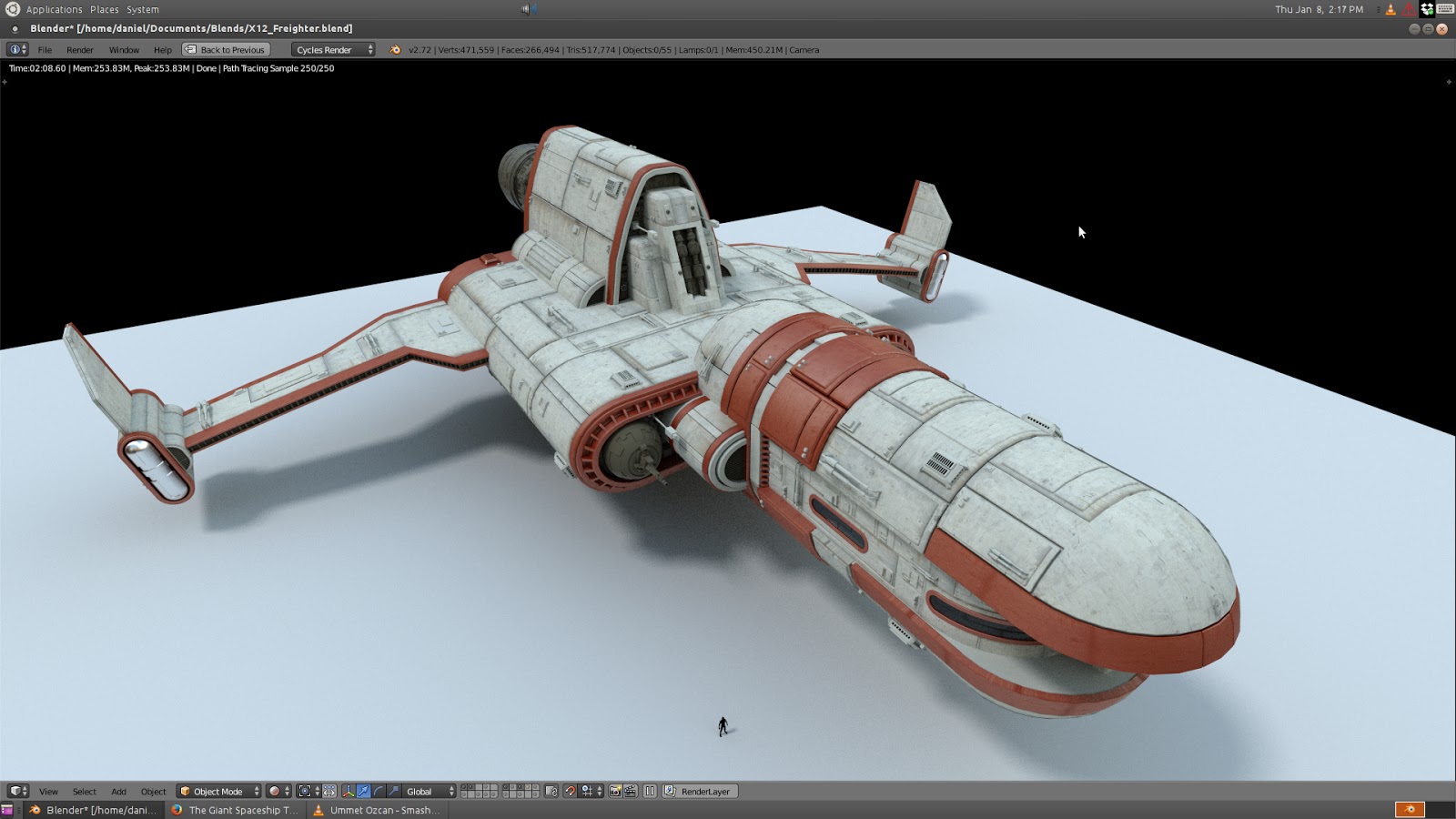 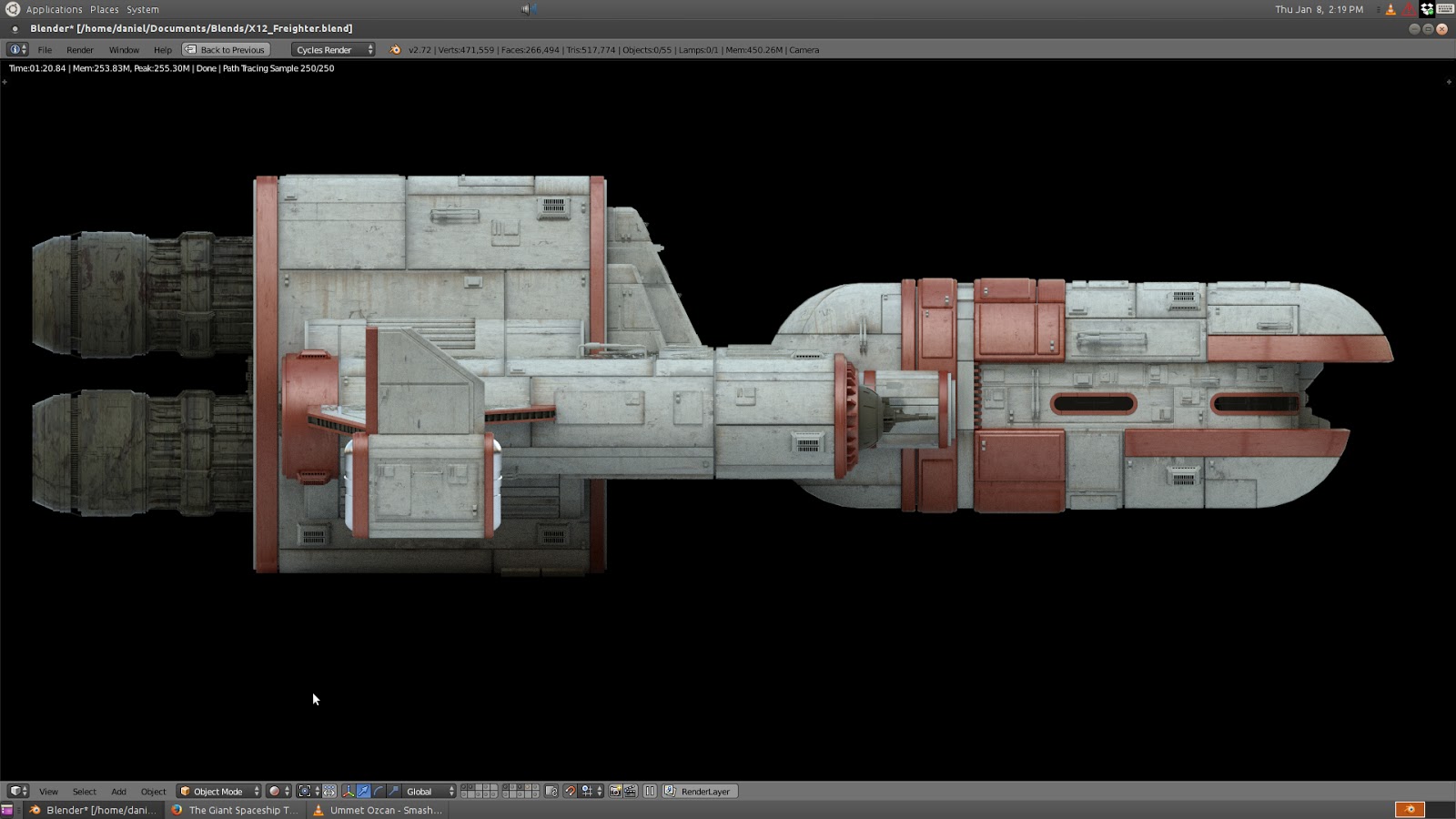 Dan
Posted by DanBrownCGI at 5:43 AM No comments: