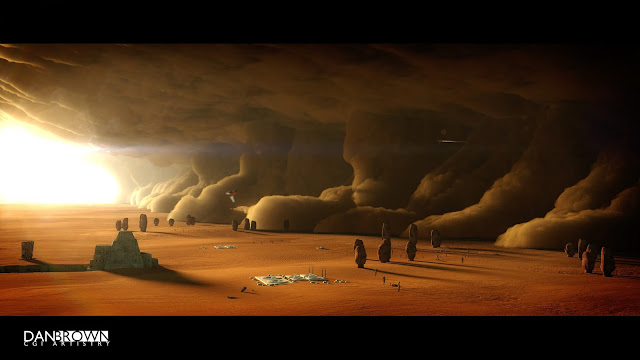 In a once-in-a-lifetime photo, the Great Plagaran Sandstorm of 1,898 M.E. is depicted as it is about to engulf King Valley, the only visual documentation of the event known to exist.

Until its destruction in 2,005 M.E., the planet Plagarus was a center of macabre activity.  Serving as the graveyard for the Thrassi Republic for over a 1,000 years, it fell into disuse when its star, Plagara Majora, began to enter its final phase of life.  Things rapidly deteriorated for the once grassy world.  Its temperature increased exponentially, driving the local ecosystems into mass extinction as grasslands turned to dust-bowls, and seas turned to vast, empty chasms.

A grisly practice of grave robbing ensued as looters descended on the dying world, stripping the billions of graves there of any commodities they could find.  Most of the grave robbers congregated around King Valley, which was the place where the Thrassi kings were interred in elaborate tombs set into the carved walls of the valley.  Riches of untold value were reputed to be buried there.

On a spring day, in 1,898 M.E., an epic sandstorm engulfed King Valley for almost a day. Estimated to be two kilometers tall, it was evidently created by powerful solar-generated updrafts and apocalyptic atmospheric turbulence.  The result was the deaths of about 200 grave robbers, consigning the men to the very cemetery they were pillaging.  For over a century afterward, up until the day the planet was finally obliterated by its dying star, the stories of the Storm of '98 were nearly legend.  For a long time afterward the storm's effects were immortalized in local sector idiom.  To “reap the sandstorm” meant to suffer terribly painful consequences, often followed by gruesome death, due to short-sighted greed.

This image depicts the last moments of the infinitesimally small, unseen men who died clutching the trinkets and artifacts they so craved.  They were surrounded by colossal monuments which seemed to frown down upon them as if in scorn for their greedy avarice, heedless of the warnings of impending doom, a testament to the irony of their deaths on a cemetery planet.

Was done in several passes. The ground had both a color and Z pass, as did the clouds. The two ships were later composited in AE.

This scene was designed to test out Blender Cycles' volumetric rendering. There are some issues with it (not withstanding incredibly long render times), but the results weren't too shabby. The sandstorm was created by two models, both using several Displacement modifiers using simple cloud textures. It wasn't too bad.

I'm not thrilled with the image, but ran out of time on it. Hopefully people like it and the story accompanying it.

Dan
Posted by DanBrownCGI at 11:13 AM No comments:

Hey everyone.  Oodles of new stuff coming down the pipeline.  Today, with the move to 1080p, the King Valley scene from Plagarus was just not doing it.  So, decided to bite the bullet and rebuild the scene from scratch using better materials and geometry.  The WIP results of this set so far:

Also, my company logo is about 5 years old, so it's time for a little change and some sprucing up.  It's not terribly great, but it's an improvement, I hope.

As usual, all made in Blender.  But the post processing is now done in After Effects CC 2016.  The lens flare in the logo is provided by a plugin from Video Copilot.

Dan
Posted by DanBrownCGI at 10:01 AM No comments:

Still plugging away on the ol' project.  Not sure if I'll ever finish, given other, more important responsibilities, but, alas, I'm not giving up! :) 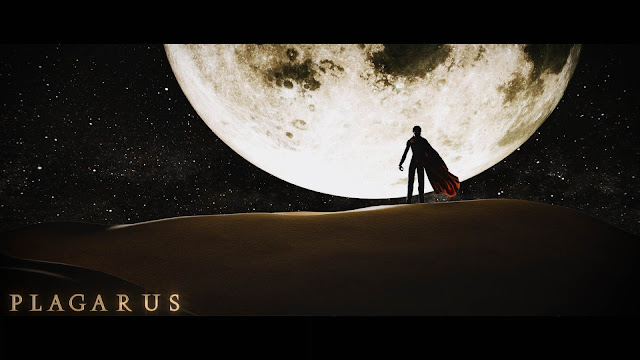 Got a lot of animation still to do.  But it's considerably easier, now, with the updated armatures for the two main characters.  Now, to update the rest of the characters before I've got to use them...should be fun. 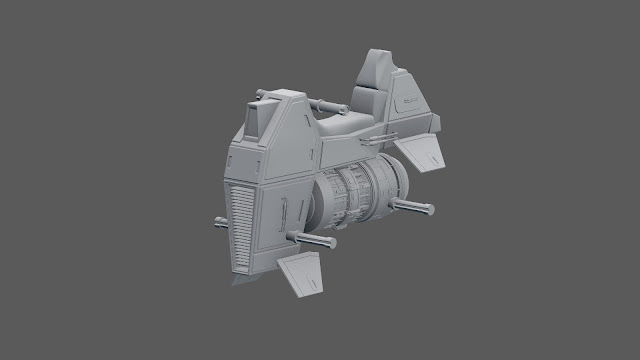 1.) Loads of stuff.  Most notably, finishing a short fight sequence (ugh...), remodeling the exterior desert landscape, which is in bad need of repair.  It stood up fine in the 720p renders of Parts One and Two, but in 1080p resolution, the desert landscapes just don't stand a chance.  Every imperfection shows up terribly.

Hopefully it'll be good.  It's showing promise, but a lot of work to do.  Just wanted to show I'm still plugging away on this thing. :)

Dan
Posted by DanBrownCGI at 8:57 AM No comments: