The bridge is nearly done!


Now working on some other features of it.  Hopefully will be able to upload to the storefronts soon.  Maybe it'll sell? 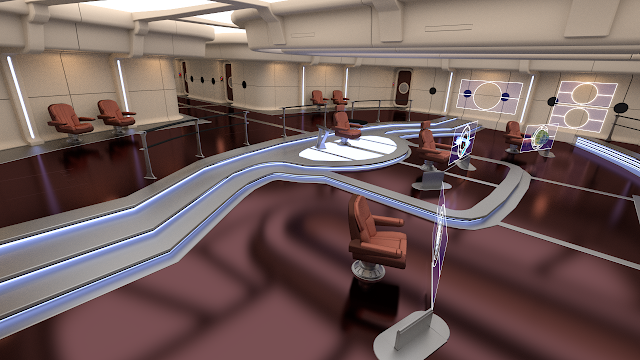 Then we'll be moving on to the captain's cabin.  Star Trek calls it the captain's ready room.  Which is an interesting name, if you think about it, considering a ready room is where pilots get prepared for flights on aircraft carriers.

Have an awesome day, everyone.

Dan
Posted by DanBrownCGI at 7:50 AM

Third day of working on the bridge.

Posted by DanBrownCGI at 1:46 PM

The Bridge of the SSC Adamant

Well, it's time to start working on some interiors for our brave space cruiser, Adamant. Interiors are something I greatly enjoy making.  A lot of 3D artists groan at the prospect of building rooms, especially complex ones such as bridges of spaceships.  For those who do it well, however, the results are usually phenomenal.

Well, let's see some of the past attempts at interiors I've made.

Now, these look somewhat impressive.  I made these a few years ago.  However, there's a problem: my modeling techniques were very poor back in these days, so these scenes were very hard to build, and I didn't do a very good job.  I had to borrow a ton of stuff from other models for the props, and that's also no good in case I wish to sell the model in the future.

I want to build a ship's bridge for the ages, which I would be able to sell on-line with no potential problems. 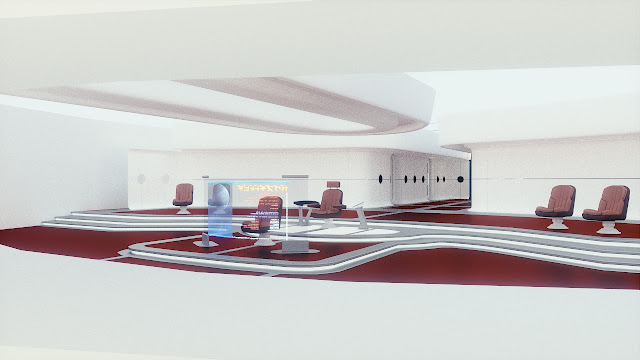 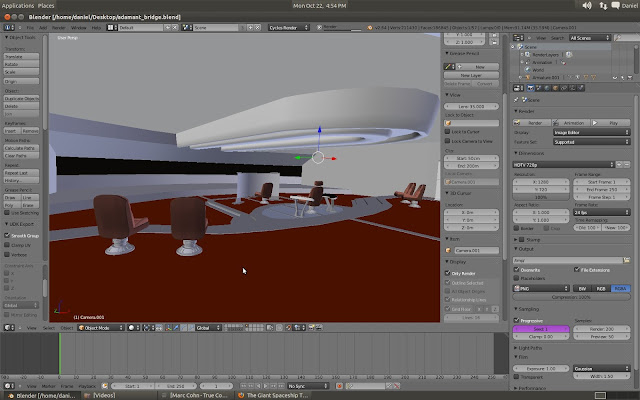 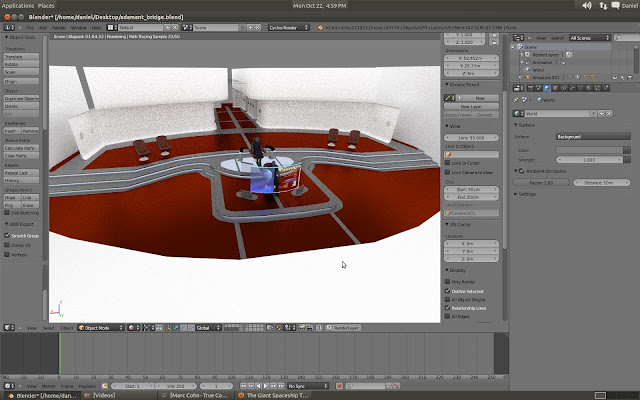 Loads of work left to do, but this bridge looks pretty good.  I made it wider than the Enterprise - E bridge because the Adamant has a broader beam for the bridge module than Star Trek ships.

Still to do: Lots of stuff.

And that's about it.

Posted by DanBrownCGI at 5:46 PM