Dan
Posted by DanBrownCGI at 3:06 PM No comments: 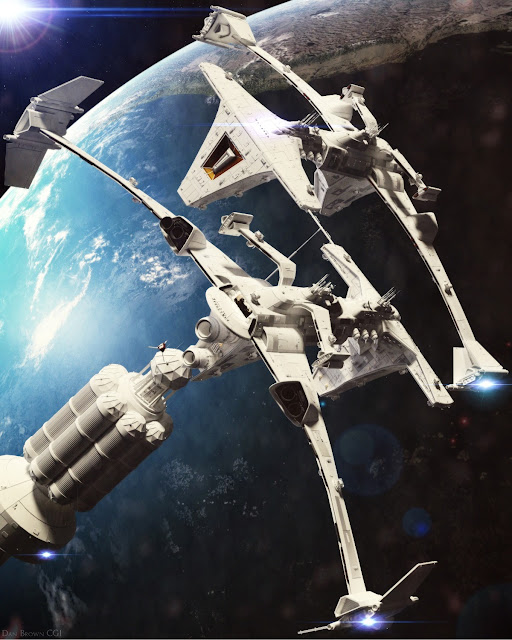 In an extremely rare image, two of the deadly and iconic Thrassi Palatine class starships are seen together. The fact that only twenty of these extremely powerful, white-hulled behemoths were ever built makes these meetings very rare, and images of them together even rarer. But the subjects of this picture make it even more special. Here, sister cruisers Adamant (SSC – 019; top) and Bellicose (SSC – 005; bottom), meet for the last time for refueling in orbit of Koranna IV, their birthplace.

Adamant, about to go on to become arguably the most famous of the Palatine class cruisers, is here still the newest of her class, having just completed her first six-month maiden voyage.

Bellicose, the only Palatine class cruiser to be destroyed in combat, is seen here approaching the end of her meteoric life with heart-rending rapidity—a streak across a tiny instant of time, nonetheless brighter still than most around her.

The time stamp on this image is dated 6/15/2,000 M.E. If this stamp is correct, as scholars agree it is, it would make this image the last known existing photograph of Bellicose before her tragic and violent annihilation (with the loss of all hands) just five days later in the disastrously ill-conceived Operation: Hammerstop.

This image, freighted with emotion, shows one vessel on the dawn of a new lifetime of exploration and defense of the Thrassi Republic, and the other in the twilight of her career just before her untimely demise. Both are poised expectantly to make illustrious names for themselves—one, by her glorious, service-oriented life; the other, by her unspeakably horrific death.
And so, as the Thrass say in their ancient traditional blessing, the meaning of which has been lost to time: Quinna-tonka, ahd tunka balantta.
Ahd, Quinna-tonka, Bellicose, and Adamant. 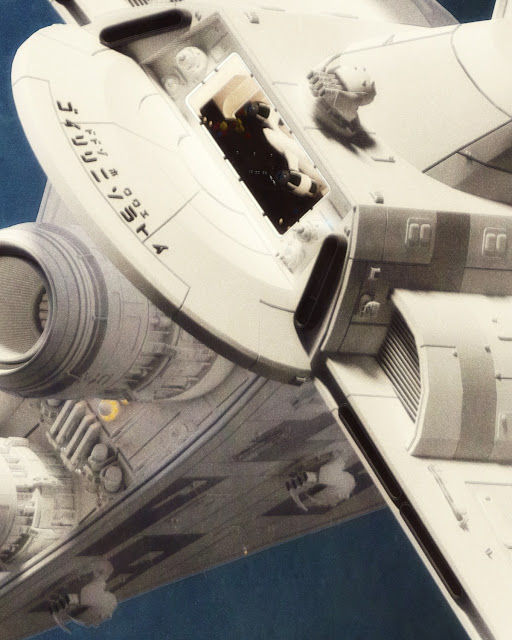 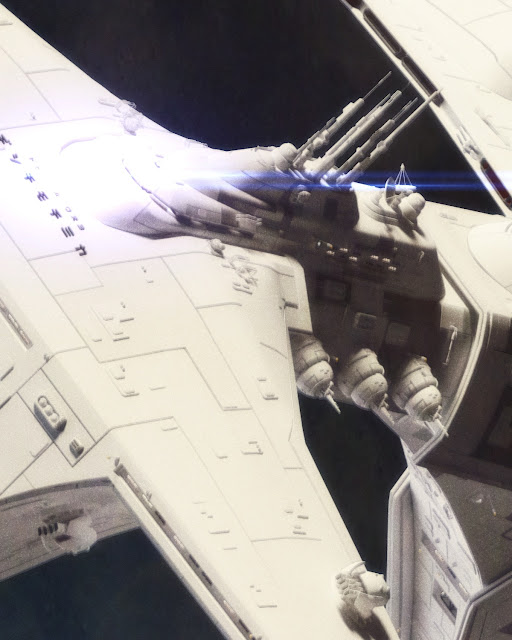 Posted by DanBrownCGI at 9:31 PM No comments:


Test wip animation of the engines.  Not happy with them 100%.  Hopefully it'll get better.

Dan
Posted by DanBrownCGI at 3:47 PM No comments: