Well, it's been a crazy few months, with commissions and stuff.  But it's time to get back to my personal projects that I've been putting off.  I have a mind-shelf full of ideas and I need to get them down in a more-or-less polygonal state before they get stale.


Since I've been a kid, I've had this idea of a space station that is, essentially, a giant mall in orbit of a very affluent planet.  This station, called Jaspera, had inflicted upon it one inept attempt thus far to build it.  I need to do something better this time:

The scene above is very old.  But it's a general approximation of what I want to do with the space station.  It does capture the mood, as it was described in my original one-page description of the scene I wrote up when I was about 15, sitting in a lobby of a Chinese food restaurant that my father cleaned in Skowhegan, Maine.  (I had finished my job of vacuuming the carpet on the main floor, by the way, so I wasn't being lazy, as I recall...)

I want to build the following sections:

1.) Main Atrium -- This is pictured above.  It's a 20 - 30 story tall inner core with a skylight above pointed at the sun.  There walkways all around the periphery that connect to the various storefronts along the external hull of the station.

3.) Passenger Docking Bay -- At the top of the station.  It's a more elegant docking area, where yachts and whatnot dock.

4.) Shops -- I want to build some of the generic shops.  These can be modular in design so that I can make a bunch of 'em if I want.

5.) Ol' Baid's Bar -- A bar in my magnum opus, Armranath (a colossal film project which will never be made), but it would be cool to have the bar.

6.) Hotel Area -- An outer ring of the station is a massive hotel, with windows facing space or the inner core, depending on what you desire.  It'd be cool to see that actually completed.

At any rate, that's the goal.  Probably will take the better part of a year to complete.


Plagarus... :\  I'm still working on Part 3.  Got a bit of work done on it this month!  But it's slow going simply because being a one-man animation machine is tough.  I may have recruited a real life friend to help me out on some of the animation, but he's still hammering out school over in Full Sail, so it might take a bit of time, unfortunately. So I apologize that this time around, you'll still probably be dealing with my crappy animation skills.  :( 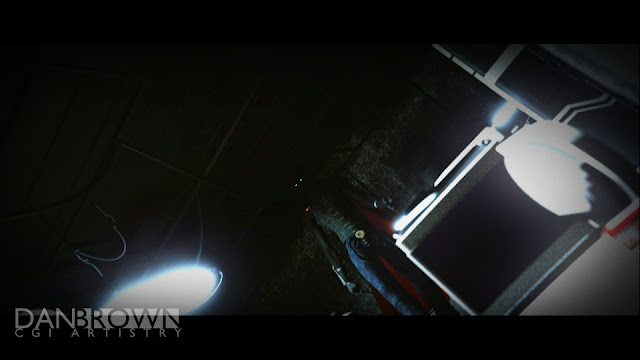 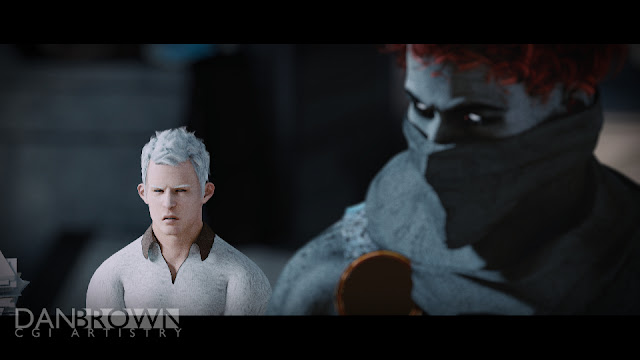 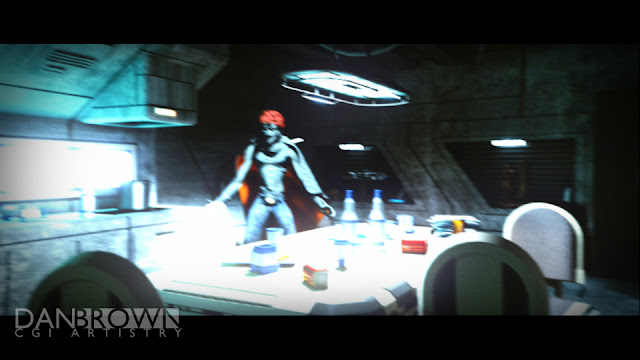 I'd just like to say that the stills look a lot better than the actual action. :(  I'm dreadful at character animation, and try to avoid full body stuff at all costs.  But, I've chosen to focus on modelling mostly.  Movies are, by far, the most complex art form out there, and it takes more than one person to make one.

At any rate, I'm expecting Plagarus, Part 3 some time this late spring/early summer, depending on how much I get done.


Also, there is the Command Deck of the SSC Adamant, which I still have to complete.  I'm planning on getting that thing done pretty soon, as I was thinking about incorporating a scene on the Adamant in Plagarus.  We'll see how that goes, though.

So, there will hopefully be more updates coming on this page now that I'm through the woods and get to start putting attention on my own projects again.  I'll definitely try to put up a link to the Star Wars fan projects I was privileged to assist with for the Star Wars Fan Film Awards that are scheduled to be released in a few months.  Also, huge shout out to Ansel Hsiao who was gracious enough to allow me to use his awesome Star Destroyer model for the space scenes in one of the films.  I finally got to meet a personal inspiration--the guy that got my butt into gear with spaceship modelling in the first place--and it was awesome.


Well, that's about it.  Hopefully everyone is doing awesome and that things are going well.  If not, I hope things get better for you soon!

Dan
Posted by DanBrownCGI at 8:02 AM No comments: