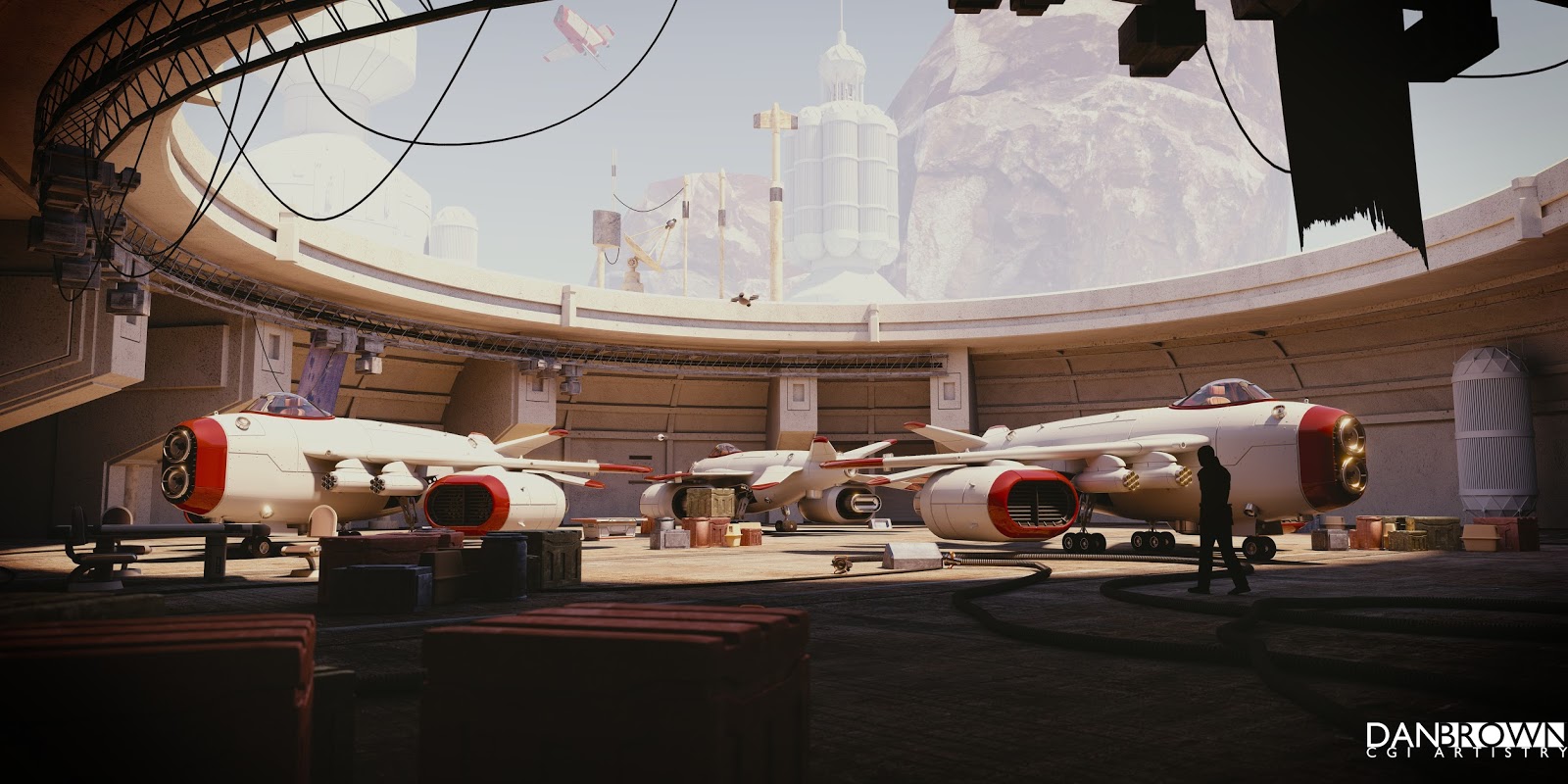 The average visitor to the Aster Space Port and Hangar Facility on Koranna IV might never realize that it houses the private hangar of the famed star fighter pilot, nicknamed the Baron.

If one were to explore the sprawling complex of squat, round hangars and landing bays, semi-submerged in the sandy ground all around, they might chance upon an unassuming structure toward the south, where three ancient D-1 Space Superiority Fighters sit, relatively unattended. The three craft are all owned by the Baron, and were used by him and his flight team during their incredible combat missions against the Trisst Empire some fifty years ago.

Now, they are museum pieces, preserved by the Thrassi War Heroes Conservation Association, for future generations to appreciate.

The Baron who flew these fighters, whose real name was never released to the public, was reportedly killed by falling from a ladder in his home just three days after the war ended.