Making an indie film is a very strange experience, I found.  Especially when doing it in CGI.

Animation, especially character animation, is extremely frustrating and time consuming.  I've reached two shots that I can't avoid, as they make the scene work, and both of them involve some form of character movement that's more than just standing there.

One problem shot is of the character walking down a ramp.  The results thus far have been, sadly, a nightmare!  Open GL Render!  What looks fine in still image can be very awful looking when animated.  The character walks as though he had just dropped a load in his breaches.

The second shot is, hopefully, going to involve a lot less frustration.  So far, it LOOKS great, but the animation is of the character stepping in front of the camera, unfocused in shot. 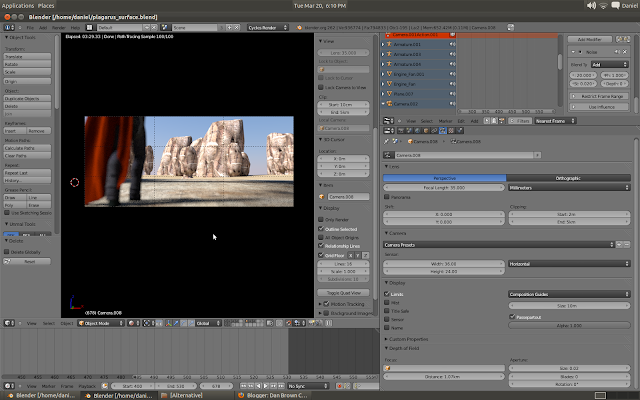 Needless to say, most of this day's efforts have been largely in vain, unfortunately.

Hopefully tomorrow works better.  I've got to get these two shots done before Friday.

Dan
Posted by DanBrownCGI at 3:16 PM