Still working out the details on these rooms.  I'm not sure what purpose they serve, but it's likely some kind of crew recreational area. 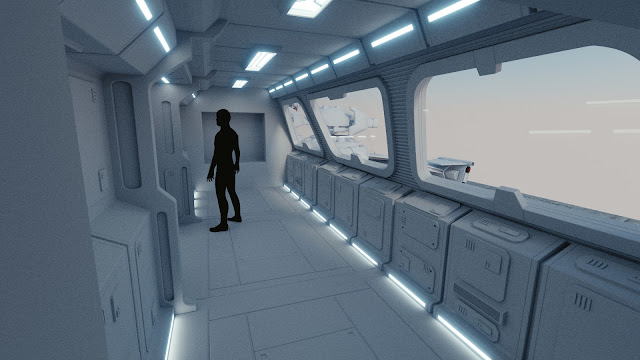 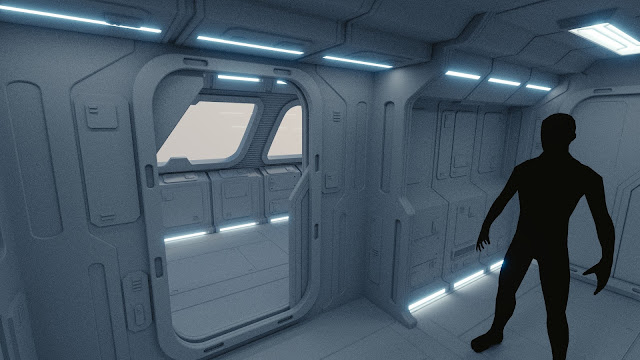 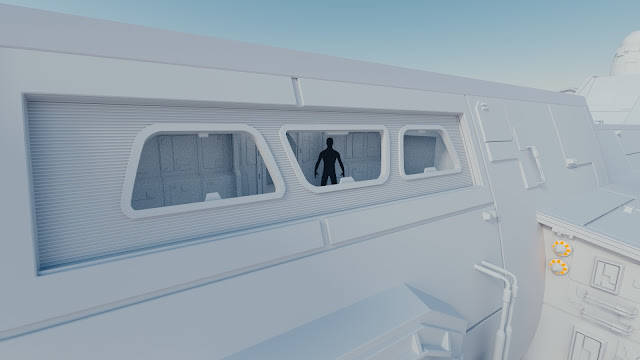 Was thinking of deleting the walls between the two rooms (the walls form the corridor in the middle of the ship visible in the center picture) and simply making one, large, open lounge area with windows on either side.  That would be an interesting space for filming.  The problem is, if that room were holed by enemy fire, it would effectively cut off the bridge from the rest of the ship.  Probably not a good idea in the design of a military vessel.  Of course, in the civilian versions of this class of ship, I'd imagine the owners would tear out the walls and create that lounge area.

Weird place to find resistance: the end walls of the rooms.  Still have no clue what I'm going to put there...

Dan
Posted by DanBrownCGI at 12:47 PM