SSC Adamant is still in production.  I just took a hiatus from her for a bit.  Now she's getting the love and attention she deserves once more! So I've started working on the interior, and adding working turrets!

The turret's parts are parented to empties, which all track via pivot points to a target empty. 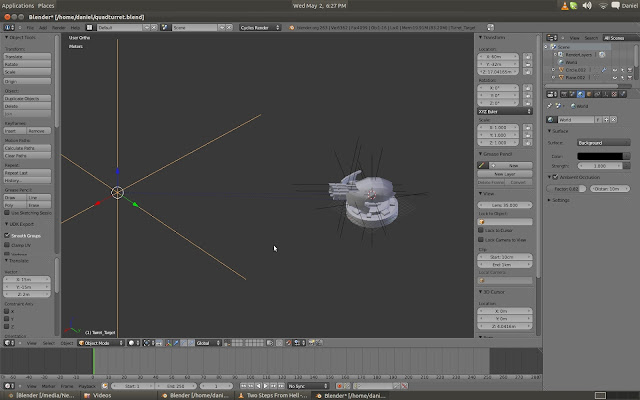 All of these empties have constraints added to them which either prevent the empties from rotating on a certain axis or restrict them from rotating too much. The turret currently turns 360 degrees on its main axis, with the gun placement able to pivot 40 degrees on the x axis. All of this uses local transforms, and all the empties are ultimately parented to the base of the turret, which, in turn, is dropped anywhere on the ship I please. Quite a useful set-up, if I may say so, myself. =D

An AO render from Cycles. 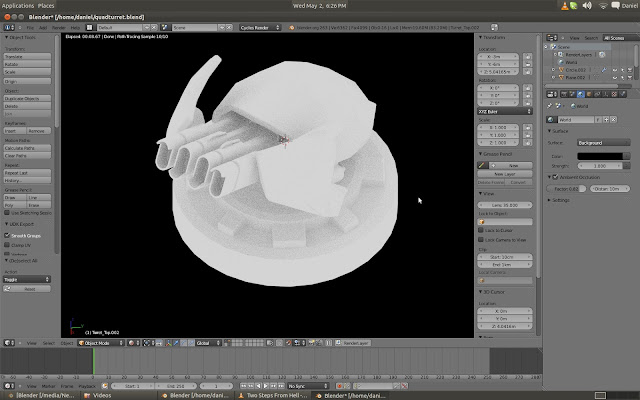 I've also been working a little on modifying an old interior I made for another ship and making it for the Adamant instead. I figure since she's a naval vessel, she would be maintained to a very high standard. I assume Captain Lostra is also very meticulous about the upkeep of his ship as well, which would explain why the interior is quite immaculate. =)

All rendered in Cycles, obviously not with perfect results, but I prefer a bit of grain to my images as it gives a sense of organic film instead of perfect digital artificiality. =D

Hope you're all doing great!

Dan
Posted by DanBrownCGI at 3:43 PM