I recently was asked via email why I didn't have more starship "bridge" sets.  The answer, in a nutshell, is command centers/bridges are stinking difficult to concept and finish out.  I always run out of steam before they're completed.  But, seeing as there's a significant lack in my portfolio for suitable command decks, I decided to move to the Adamant's Command Center.

SIDE NOTE: I kind of don't like the term "bridge" to describe a starship command center, for the simple reason that that level of retention of naval etymology really seems silly in a far advanced society.  I doubt that the Thrass, an alien race, would have had the same word etymology for their naval traditions as humans do.

In the case of the naval ships having a command deck called a "bridge", it is called that because originally an ocean going vessel had literally a raised platform which connected the wheelhouse with another part of the super structure of the ship, and it was called the bridge.  It stuck from then on.  Why a starship so far in the future would still have its command center called a bridge, I don't know.  But oh well...anyway, enough of that silliness.


Consoles.  Starting with the consoles this time, because they're the most challenging aspects of bridge designs. 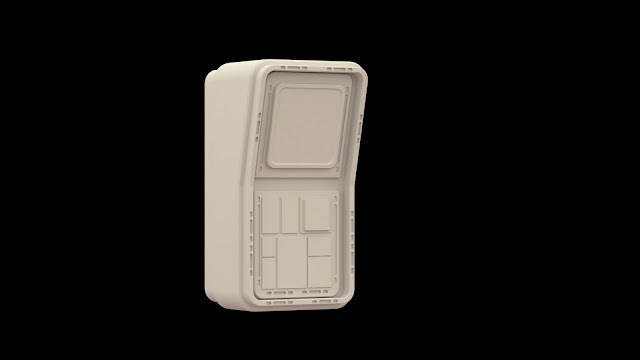 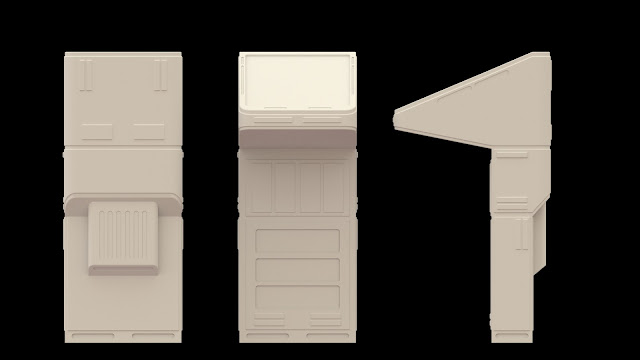 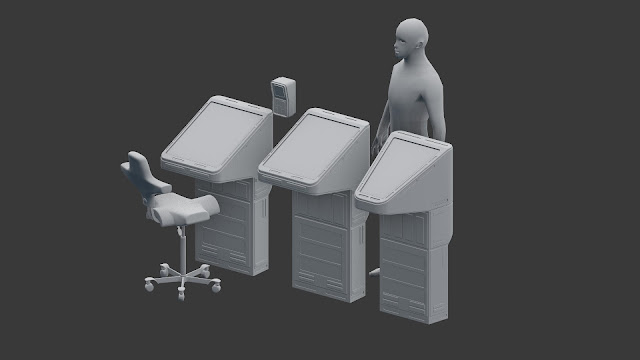 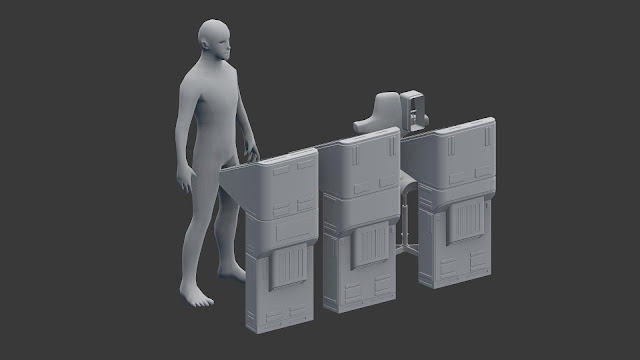 Placement.  I knew the command center of the ship would be near the front, inside a heavily armored portion, with some bunker style windows looking out.  I've got to put the general placement of the various split levels.  I know I want the captain's chair and the aft sections to be raised up, with a lower level toward the front where the various lower hands operate their various stations.

The command deck itself will have three window banks at the front, with possible duty stations along the sides where there are no windows.  A central corridor will provide access from the back.  All in all, we're looking at a pretty spacious command center which should be able to house five or six duty stations comfortably.

Dan
Posted by DanBrownCGI at 10:54 AM